Democracy is under threat from Facebook and Ireland is complicit in allowing Facebook’s deeply damaging behavior charged Denis O’Brien, Digicel CEO and founder and Ireland’s leading businessman. He was addressing an audience at Cambridge University on Thursday night.
Denis O’Brien accused Facebook of using Ireland and its lax regulations and said that “Ireland, regrettably, has allowed itself to become  Facebook’s laundrette for the biggest tax avoidance  scheme in the world.”
Facebook has its European HQ in Dublin and Ireland’s Data Protection Commissioner is Facebook’s lead regulator in the European Union.
O’Brien, a major philanthropist, whose personal worth has been estimated at $3 billion, made the remarks as guest speaker at the annual Brian Lenihan Junior lecture named in honor of Ireland’s former Finance Minister, a Cambridge graduate,  who passed away from cancer in 2011. 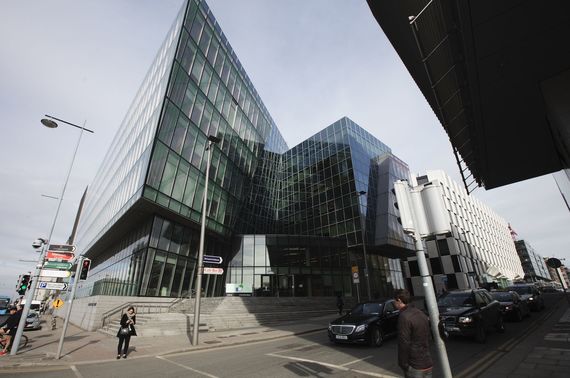 8 reasons to press the Green Button and get back to Ireland
COVID live updates: Just 23 ICU beds available in Ireland
Why is the Irish border where it is?
How the Irish ward off evil spirits at Halloween
Nirvana’s Kurt Cobain was so proud of his Irish roots
How to make Irish nachos, the perfect "cheat meal"
Asylum seeker desperate to remain in Ireland continues hunger strike in Cork
Queen Elizabeth II spends night in hospital for tests
Tentative or total returns to Irish theatre in New York coming
Book Review: The Little Book of Irishisms – know the Irish through our words
Meet Averil Deverell, the first Irish woman barrister called to the Bar
© Copyright 2021 Irish Studio LLC
All rights reserved.
© Copyright 2021 Irish Studio LLC All rights reserved.